Bi-polar battery technology is not limited to the lead battery field.  I found a company doing the bi-polar design concept with Ni-MH as well, NiLar Technology.  Just about the best explanation of bi-polar design is on the EV World site via the story “Inside NiLar’s Bi-Polar Battery“.

As you can see here, in a typical prismatic cell, the current has to go through the entire plate.  This creates resistance and, thus, heat.  Think of this as a kind of “bucket brigade” within the battery- every bit of energy has to travel through the entire path. 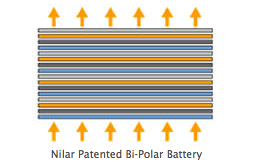 The bi-polar design uses the entire surface area between each cell to transfer the current from cell to cell.  Here’s a painfully undetailed illustration from the NiLar site, but you get the idea.  The EV World guys put it best, I think:

“As Puester explained it, this type of construction means electrons have to follow an energy robbing, heat-producing circuitous path that his bipolar approach avoids.

Think of the NiLar cell as a lasagna, multiple alternating layers where the “tab” isn’t a little slip of metal, but as an entire sheet that runs the length and breadth of the cell, as illustrated by the different colored layers in the cutaway. The advantage of this approach is it allows for more efficient flow of energy through the battery, as well as much easier and therefore less costly manufacturing.”

I’d add to that, the energy transfers more evenly across the surface of the plates.  You get less heat buildup concentrated in specific areas.  Less concentrated heat ultimately adds up to less heat overall, because of more efficient heat dissipation.  The crux of the bi-polar design is, if I understand correctly, that the plates are used as conductors for both cells, that is, each plate serves as the anode for one cell, and since it’s the divider between the cells, is the cathode for the next cell.  And so on…

Funny, this sounds so much like the early discussions about digital sensors, how a CCD is a bucket brigade, and a CMOS imager downloads a charge pixel-by-pixel, allowing a much faster, cooler (less noise) transfer enabling stuff like HD video…  but that’s a post for another blog.

None of these batteries or the bi-polar construction seem to be on the market yet.  It seems like an idea that hit around 2000-2003, and may have all but fizzled out.  But I’m going to keep digging…

Power in Flux: The History of Electric Motorcycles 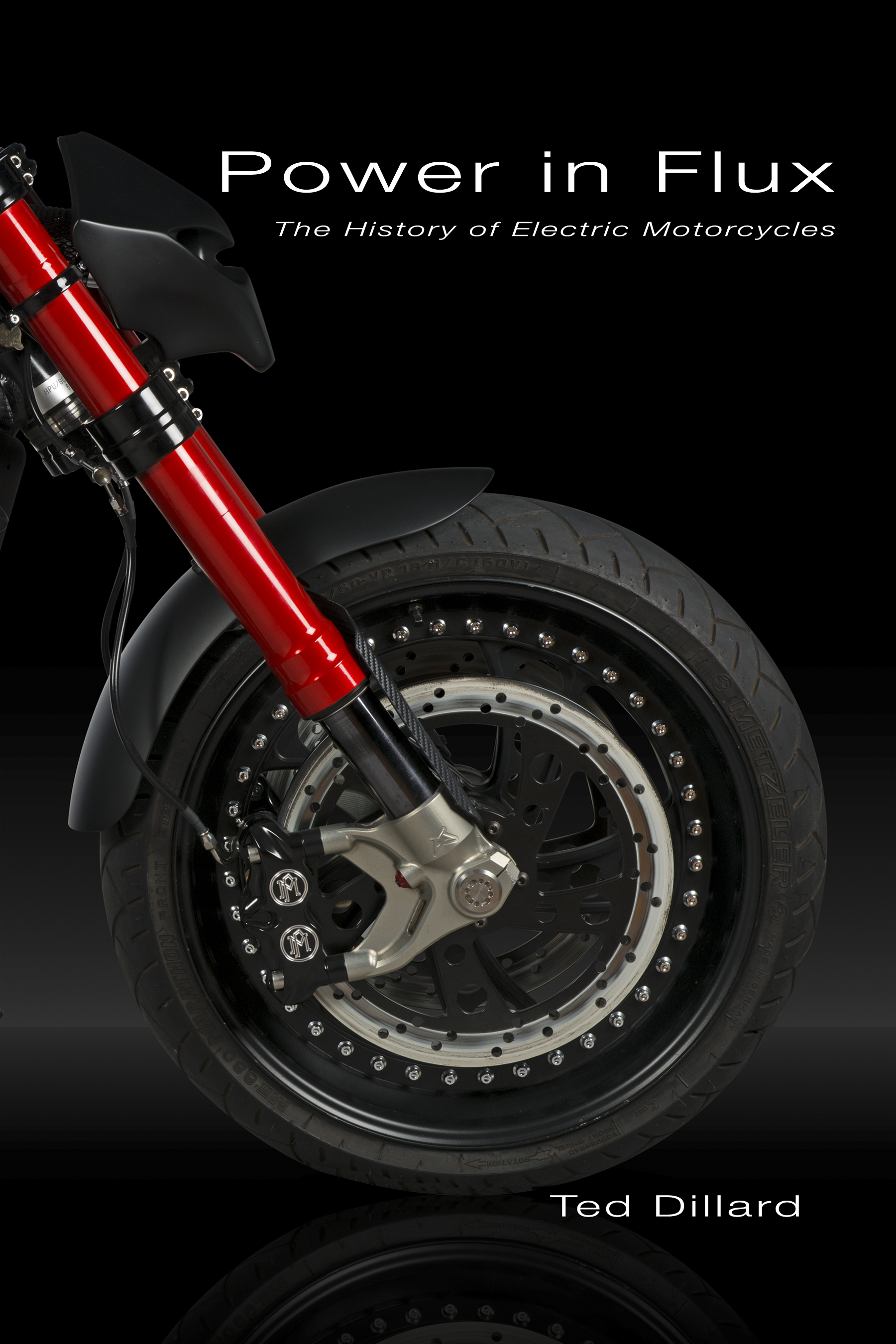 Our Friends and Sponsors

Want to help us out? Click the Donate button to use your credit card or Paypal account to keep us rolling!

Here's a nice little list of some essential tools, with my suggestions.

A good multi meter is essential.  This is my choice.

Digital calipers are nice - non conductive plastic ones are a smart move.

If brute force doesn't work, you're not using enough: